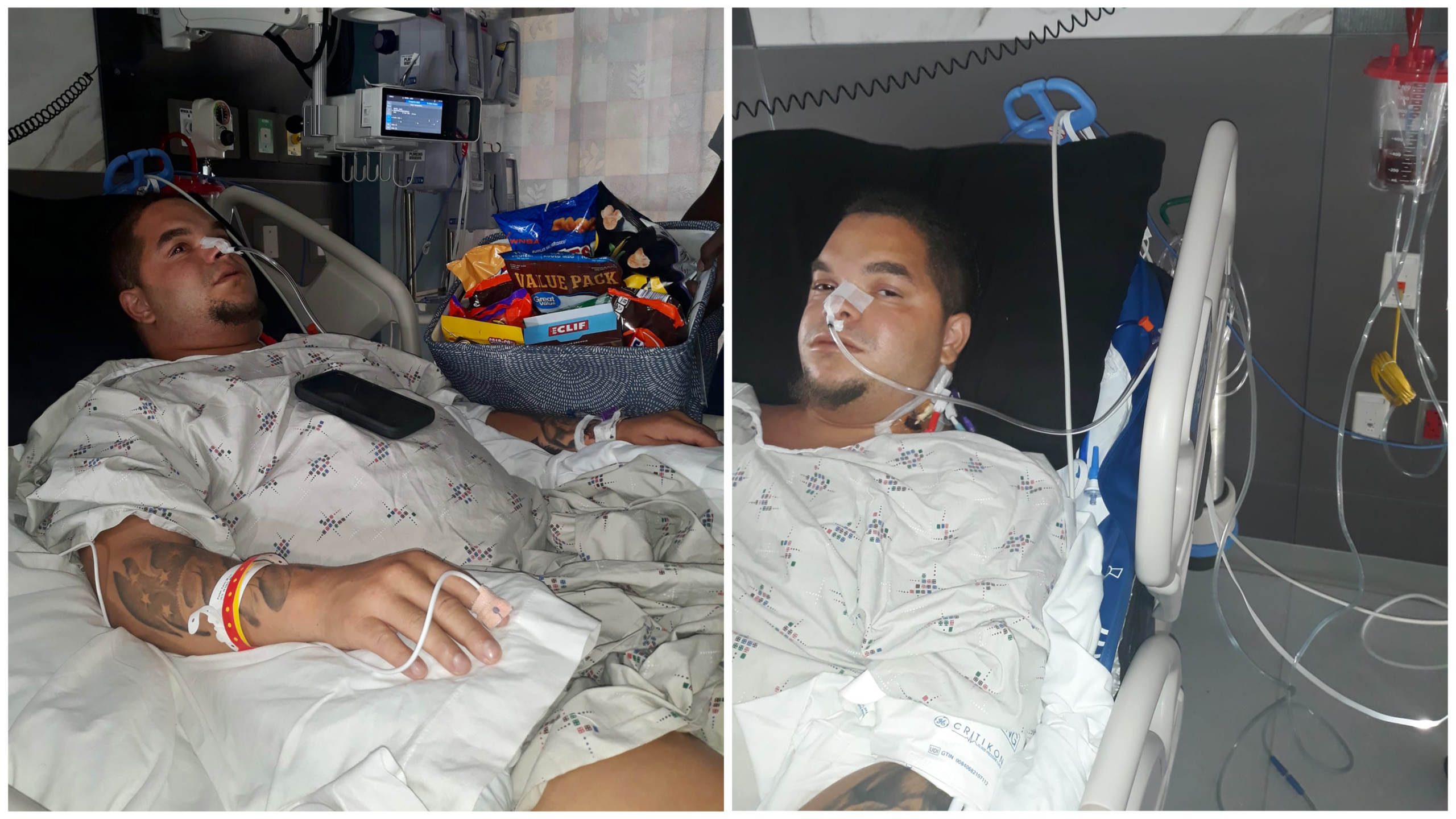 A police officer in Oklahoma woke up one day paralyzed from the neck down, leaving doctors baffled.

Okmulgee County police officer Larry Porter was paralyzed suddenly on September 1. Since then, he has been looking for answers.

“Thursday morning I woke up to get the kids ready for school and I brought breakfast to him in bed and he said he can’t move,” said Larry’s fiancée, Alexis Simmons.

“I was very confused on what he meant. So I checked to see if he had a feeling on his feet and when he didn’t move I knew something was terribly wrong.”

Larry was taken to the Okmulgee hospital, but his potassium levels were very low, so he was airlifted to the Hillcrest intensive care unit.

“I called his friend and he came over and we got him in the car and took him to the ER. His potassium was so low that it has caused paralysis he is now in the ICU. Us and the doctors don’t know what is wrong with him yet. We are still waiting on a bunch of test results to come back and tell us. He is one of the strongest men I know and I know he will pull through and get back to his goofy self. We just ask for lots thoughts and prayers,” she said on September 4th.

On his GoFundMe page, Larry explained that doctors still haven’t found a cause for his paralysis.

“After weeks we found out that my Pituitary gland and everything that it operates are extremely low. Tons of test labs are still out and the results we have gotten still show no answers! Everything in my life is still unclear and no Doctor can find out what or why I’m paralyzed. They will be moving me to another facility so they can figure what is wrong with me , I’m unsure of location at the moment,” Larry said.

Larry has been in the intensive care unit (ICU) for 19 days and has undergone numerous tests, but he still doesn’t know why he is still paralyzed. He is presently awaiting word regarding his admission to the Mayo Clinic, according to Newson6.

“We’ve got to get this diagnosis right. And we’ve got to know how to fix him and get him back to everyone that loves him,” Christi told Newson6.

Christi posted an update on a Facebook group on September 10 saying, “They took 18 pictures with 4 views MRI was over an hour no answers tonight. PA is on call doing emergencies hopefully tomorrow we get answers per new doctor seen something on Larry Porter spine, and they stated possible stroke due to some symptoms, notes and now this spot as they call it… at this point they DON’T KNOW.”

A follow-up MRI and nerve conduction test were performed on Friday as per Christi’s statement to look for any improvements.

The post Doctors Baffled After Oklahoma Police Officer Paralyzed From Neck Down by Mystery Illness appeared first on The Gateway Pundit.

House Democrats Play Pretend: Pass Package of Bills in Scheme to Make It Look Like They Support the Police …BUT THE INTERNET ARCHIVE IS FOREVER