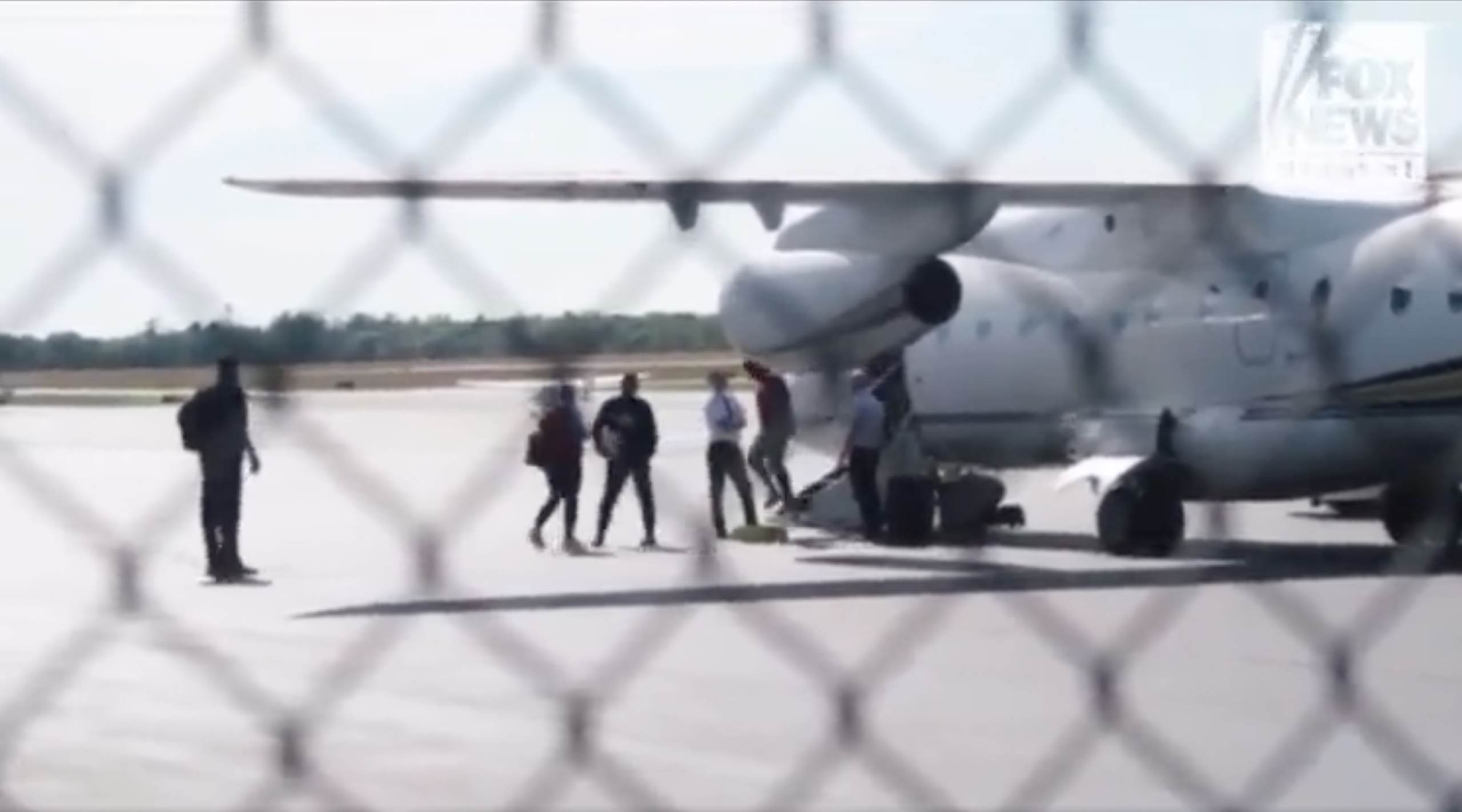 Governor DeSantis addressed the media on Thursday after transporting two planeloads of immigrants to Martha’s Vineyard.

During the press conference, he criticized the left saying “their virtue signaling is a fraud.”

“Biden would fly people in the middle of the night, dumped them all across this country. There was no warning on any of this.”

“The minute even a small fraction of what those border towns deal with every day is brought to their front door, [Democrats] all of a sudden go berserk and they’re so upset this is happening. It just shows you their virtue signaling is a fraud,” he added.

Martha’s Vineyard Homeless Shelter Coordinator Lisa Belcastro melted down over the 50 illegals during an interview with the Cape Cod Times.

It’s the end of the world, according to Lisa Belcastro.

The hypocritical elites on the island deported the illegals within 24 hours off the island.

Now leftist attorneys want to sue the state of Florida and Ron DeSantis for the flights!

Hah!  They could not care less about the illegals who were kicked off the posh island.

Attorneys representing more than 30 of the migrants flown to Massachusetts this week asked the US Attorney for Massachusetts and the state’s attorney general to open criminal investigations into the flights.

…The migrants’ attorneys said that their clients were not aware that they were being taken to Martha’s Vineyard specifically.

They were induced to board the planes with “representations of work assistance and immigration relief in Boston,” the attorneys said in a news release.

US Attorney for Massachusetts Rachael Rollins told reporters Thursday she would be speaking with members of the Department of Justice about DeSantis’ actions, saying she did not yet have enough information to say whether he broke any laws in sending the migrants to Martha’s Vineyard. She added that their first priority is making sure the people who arrived were treated respectfully.

A spokeswoman for Rollins’ office in Massachusetts told CNN on Saturday they did not have any further comment.

So will these same “attorneys” sue Joe Biden for flying illegal migrants across the country in the dead of night?

Axe-Wielding Man Who Smashed Up NYC McDonald’s and Threatened Diners Freed From Jail without Bail – And Gloats About It!