Customs and Border Protection: “Massive Database Can Be Accessed By 2,700 CBP Officers Without Warrant” 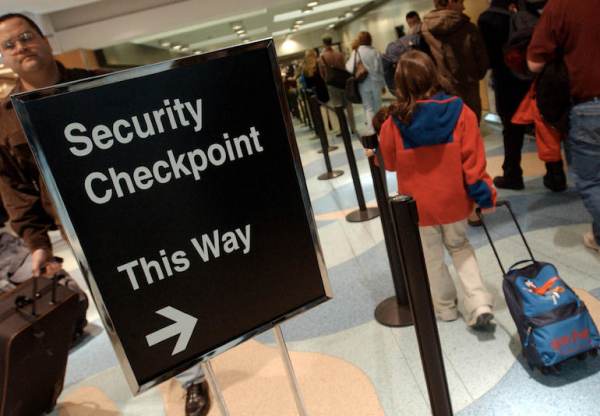 During a congressional hearing this summer, the leader of Customs and Border Protection (CBP) revealed that 2,700 of its officers have access to travelers’ seized electronic devices without a warrant.  Laptops, phones, tablets and other electronic devices are seized as part of the screening process for entry to the US and as many as 10,000 devices are seized each year from travelers.

In the letter, Wyden writes”Innocent Americans should not be tricked into unlocking their phones and laptops. CBP should not dump data obtained through thousands of warrantless phone searches into a central database, retain the data for fifteen years, and allow thousands of DHS employees to search through Americans’ personal data whenever they want.”

Thousands of US government officials have unlimited access to as many as 10,000 devices which are seized from travelers moving across the country.

Electronic devices such as cellphones, iPads and laptops taken from those going through airports, seaports and border crossings are being mined for data.

The leader of the Customs and Border Protection told congressional staff that the massive database can be accessed by 2,700 CBP officers without a warrant.

During a briefing, which took place in the summer, officials also said that the data is maintained for 15 years.

It has raised alarms in Congress about what the government is using the information or, with many of the devices taken from people not suspected of any criminal activity.

Details of the database were revealed on Thursday in a letter from Senator Ron Wyden to CBP Commissioner Chris Magnus.

He criticised the agency for ‘allowing indiscriminate rifling through Americans’ private records’ and called for stronger privacy protections.

Currently the CBP have the authority to conduct a ‘basic search’, which includes looking and scrolling through the device.

Anyone who refuses to unlock their phone for the process can have it confiscated for up to five days.

On Thursday, CBP spokesman Lawrence “Rusty” Payne said that the agency conducts “border searches of electronic devices in accordance with statutory and regulatory authorities” and has imposed rules to ensure the searches are “exercised judiciously, responsibly, and consistent with the public trust.”

The post Customs and Border Protection: “Massive Database Can Be Accessed By 2,700 CBP Officers Without Warrant” appeared first on The Gateway Pundit.